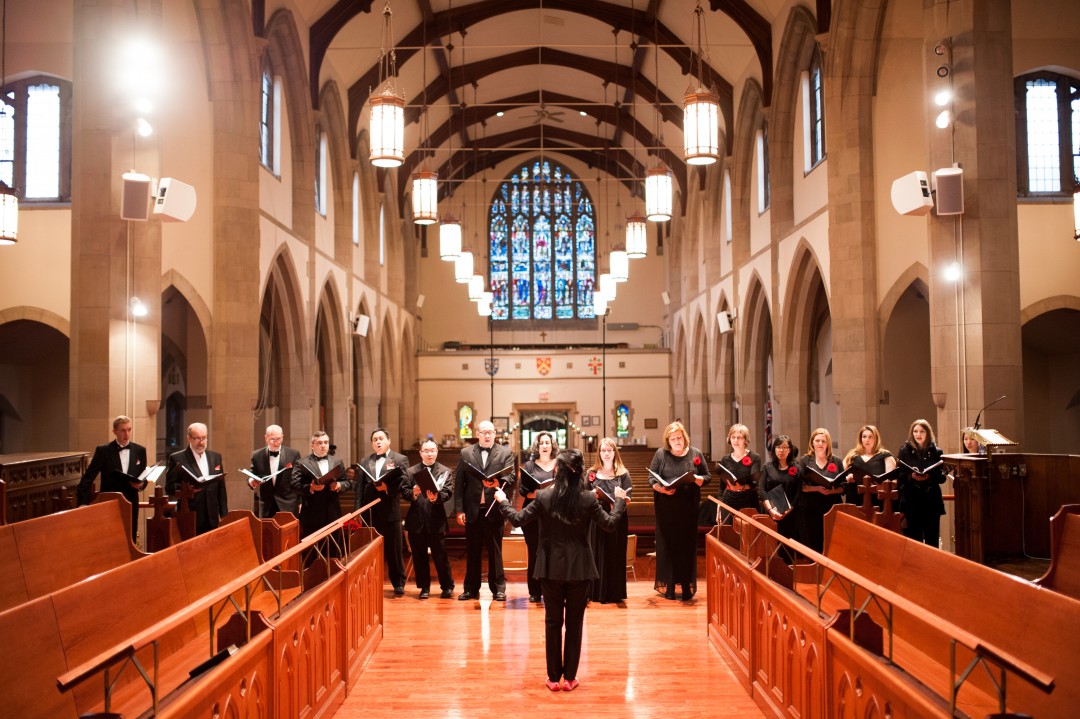 Cantabile Chamber Singers is a non-profit Toronto-based chamber choir, formed in 2006 by artistic director Cheryll J. Chung. We are  committed to enlightening audiences and attracting a new generation of Canadians to the resonance and enrichment of choral music through a combination of informed interpretation, engaging audiences and innovative programming.  We believe in engaging in cultural diversity through our programming and promoting music written by living and young composers of the present.

We have come together for several reasons: for the love of music and the joy we can bring to others through the music we make, while helping to bring awareness to causes that impact society. 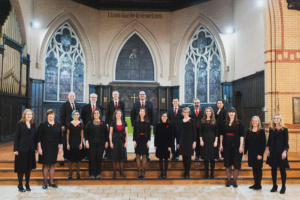 Keeping with its mission and vision of community outreach and social justice issues, Cantabile is a not-for-profit organization where its members believe that music can help bring awareness to social issues such as climate and environment, discrimination and illness. We hope to enrich the lives of those to come to our concerts and more importantly those who benefit from them. 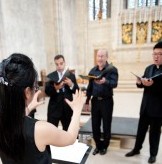 he Cantabile Chamber Singers was founded in 2006 by Cheryll Chung as an advanced ensemble to further her development as a conductor. She was the assistant conductor of the Macmillan Singers at the University of Toronto’s Faculty of Music, and was finishing her final year of her Master’s degree in Conducting. Following a successful inaugural benefit concert for the Regent Park School of Music in April 2006, a group of students and colleagues in her ‘practice choir’ approached Cheryll to consider forming an ensemble in which they could continue to make music together and make a difference in society. The choir provides an opportunity for ongoing learning and development as well as rewarding performances; this is balanced with a reasonable time commitment, as the choir rehearses once a week within the school year.

Musical highlights from the above concerts included the Requiem by Maurice Durufle, all of the motets by Anton Bruckner, all of the motets by Maurice Durufle that are based on Gregorian Chant, Messiah and choruses from Creation by G.F.Handel and F.J. Haydn, and a number of masses by Wolfgang Amadeus Mozart, including his Coronation Mass, choruses from the Magic Flute, and ‘Sancta Maria’, a Marian motet performed with a string quartet. 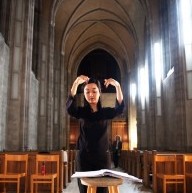 In 2009, we held a Remembrance Day concert at St. Anne’s Anglican church featuring Pergolei’s Stabat Mater with young upcoming soloists Lorelle Angelo and Claudia Lemcke, and Faure’s Requiem featuring organist Daniel Norman. We also held three outreach concerts during the Christmas Season, including one on Christmas Eve for ‘Out of the Cold’. In order to promote Canadian music, we featured a benefit concert (for the Michael R. Applin Nursing award in pailiative care) on March 13th, 2010; the concert included works by Toronto composers (a premiere by Cecilia Livingston, Rob Teehan and Norbert Palej), premieres by Jeff Enns, Jordan Nobles and Robin J. King, and repertoire that was either recently composed or by prominent Canadian composers.